I first came across Bill when he was a Wall Street analyst and covered my company Open Market (IPO 1996).  I always admired his perspicacity, even if he didn’t like our stock all the time!  For purposes of this blog post, I am only focused on companies involving technology, whether software, Internet, health care or energy – which I’ll define as members of the Innovation Economy.  Note also that, for obvious reasons, I leave out any Flybridge Capital portfolio companies in my analysis.

First, let’s look at my home state of Massachusetts.  By my count, there are 33 Innovation Economy companies with market capitalizations of greater than $1 billion (see chart below).  Some of these are important companies, leaders in their field, and full of great future prospects (EMC, Thermo, Genzyme, Akamai).  Others have seen slower growth, are a bit more tired, and may get gobbled up in the years ahead (Parametric, Novell, Progress).  A number of them are recent IPOs who are growing nicely and may become multi-billion dollar revenue companies in the years ahead (Acme Packet, VisaPrint, Athenahealth).

Other recent IPOs, like Constant Contact ($720M), A123 ($960M), Insulet ($520M) and EnerNOC ($600M), are sub $1 billion in market cap, so not listed here, but are representative of a number of small market cap players in the community who have > $1 billion potential.  The headquarters of each company is within 30-45 minutes of each other, so the degree of talent concentration and social interaction is very high.  Further, acquisitions in the last 12 months such as Unica (IBM $480M), ATG (Oracle $1B), Netezza (IBM $1.7B), Phase Forward (IBM $685M) and Starent (Cisco $2.9B) show that there’s a vibrant M&A market for small cap technology companies in 2010 and will likely be a catalyst for talent to be recycled.

Yet, when you evaluate the pipeline of IPO candidates, the results in MA are less inspiring.  One interesting ranking comes from Business Insider’s list of the 100 most valuable private digital companies.  Although this is only one and skewed towards one industry sector, it contains only one company from MA in its ranks:  Brightcove.  In an informal survey of a number of Boston VCs and entrepreneurs, the same 10-15 names come up as IPO candidates in the next 2-3 years (the criteria I asked folks in my informal survey was to name companies growing fast, revenue runrate > $30m, profitable or converging on profitable and probably worth > $100M today).

They include (note – all estimates are my own judgment and highly disputable; for obvious reasons, I did not include any Flybridge Capital portfolio companies, so we are not investors in any of these):

There are numerous divisions of public companies that historically resulted from acquisitions – like TripAdvisor/Expedia ($400-500m revenue), Shoebuy/IAC ($200-300m revenue) and Rue La La/GSI Commerce ($150-200m revenue) – but those are not included here as they’re not relevant to this analysis unless they get spun back out.

The conclusion?  There is a robust public company ecosystem in MA, which should serve as an inspiration and catalyst for other local private companies.  Strong public company talent is easily recycled at the most senior levels (see, for example, Akamai’s hiring of former Digitas CEO David Kenny as COO) and when you gather at networking events and see other CEOs who have taken their companies public, it is a wonderful inspiration.

But, sadly, the private company ecosystem in MA is less inspiring, with only roughly a dozen private companies that could possibly be public companies in the next two to three years and only a half dozen with revenues of greater than $100m.

Tomorrow, I'll analyze the New York market, which yields a quite different picture by comparison.

While Facebook founder Mark Zuckerberg’s decision to drop out of Harvard and move to Silicon Valley was a plot point in in the movie “The Social Network,” it looked like a watershed event to many in the local technology community. It was a call to arms for all who want Massachusetts to remain a competitive environment for entrepreneurs to build ventures that change the world.

Over the last five years since Zuckerberg’s emigration, there has been a transformation in the local start-up environment. The plethora of mentorship opportunities for entrepreneurs is mind-boggling — programs like TechStars and Mass Challenge, not to mention myriad business-plan contests. Despite these positive advances, though, the tech community is still less visible and engaged with the broader public in Massachusetts as compared with California, where tech executives Meg Whitman and Carly Fiorina recently made high-profile bids for statewide office.

In particular, there is a disconnect between the political system and the business environment, a disconnect that risks getting wider with time. It’s a natural outgrowth of the fact that the participants in the innovation economy — which includes biotech, Internet startups, and other tech-related firms — are often so consumed with building their businesses that they just don’t engage in our civic environment. And many of them view the local government as an irrelevant factor in their business.

This disconnect is also reflected on Beacon Hill, where so many movers and shakers walking the halls represent constituencies that have been active in state politics for generations. That’s not to say that these groups are not important, but it’s clear that the transformation in the local business environment has not produced much change in the local political system.

The transformation in the economy has been profound. Major technology companies like Microsoft, IBM, Oracle, and Google have acquired local companies and opened large offices here to tap into the local talent pool. Recently, Disney was seen scoping out space in Kendall Square to set up a research lab. Fourteen of the top 20 Massachusetts-based companies ranked by market capitalization and all of the top 10 growth companies are from the innovation economy — arguably a more concentrated industry sector than in any other state in the country. Interestingly, most of these companies did not even exist 30 years ago — they grew out of our start-up ecosystem that is so central to Massachusetts’ economy.

What can be done to bridge the civic divide between government and tech? Simply put, innovation economy leaders need to get more engaged in the local political scene. Business leaders who don’t think that the political system affects them are both naïve and missing the opportunity to affect real change. As one high-tech CEO observed to me the other day, “I realize now that if I’m not out there on the political playing field, someone else is playing my position!”

Groups like the Progressive Business Leaders Network (which I co-chair), New England Clean Energy Council, and Massachusetts Innovation and Technology Exchange are a good starting point, but need to elevate their impact on local policy. The need for better communication goes two ways: Mayors and state representatives need to get to know their innovation economy business leaders and learn how to help support their growth.

Right now, there is a mismatch between what our innovation economy start-ups need and what the employee base has to offer. Our unemployment rate is high, yet the job boards of local venture-capital firms show hundreds of job listings across their portfolios. Our companies desperately need more lab technicians, search engine marketers, online advertising salespeople, and software developers. How do we galvanize the public-university system to produce skilled workers that more closely match our innovation economy’s needs?  How do we tackle the mismatch between immigration reform, Washington-style, and immigration reform, business-friendly style – most glaringly evidenced by the lack of support still for the Start-Up Visa movement?

Facebook, Twitter, and other innovative forms of communication have had a profound impact on elections and public opinion. Now let’s find a way to engage the people behind those companies, as well as the next generation of emerging leaders closer to home, in transforming the local political system. 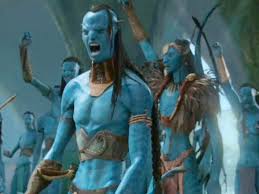 I met with a senior executive at a top 5 bank last week and he said something that has stuck with me all week.  When I asked him why he was interested in pursuing entrepreneurial activities after a nearly 20 year career at one firm, he replied, "I've decided the world is divided between attackers and defenders.  Over the last few years, I've grown tired of being a defender.  I want to be an attacker again."

This observation struck me because I heard it echoed by a senior executive at a top 5 media company who said nearly the exact same thing.  "Over the last 5 years, it's been clear that my job has turned into being a defender.  I want to be an attacker, instead."

There's something very profound about these statements.  First, it shows that the disruptive impact of the Internet and the Digital Age is still cascading throughout our economy.  The transformative power of technology is no longer merely impacting the narrow software industry, it is impacting huge swaths of our global GDP.  Second, there still remains unlocked, unrealized entrepreneurial energy embedded in our big companies.

When mainstream senior executives are itching to abandon safe jobs for more challenging, dynamic environments, good things are bound to happen.  Ask yourself:  in your industry, are you an attacker or a defender?  And what will happen when thousands more talented people decide it's more fun, and rewarding, to be the former?

About me and my firm