One of my favorite parts of summer is having the opportunity to catch up on pleasure reading.  Like many, I read so much work-related material that it is refreshing to have the luxury to broaden my thinking and information intake by reading non-work related books.

Inspired in part by the Wall Street Journal's recent piece on VC Summer Reading, here are a few of the books that have been capturing my imagination lately, organized by topic.

Despite being a computer scientist/technology wonk/business type, I am fascinated with books on the philosophy of life and seeking happiness.

My three kids remain one of my most passionate obsessions, so I'm a sucker for any recommended books about child-rearing and family management.  A few of my recent favorites:

When you don't feel like serious non-fiction, a little light fiction hits the spot.  For example:

So those are a few of my top suggestions – many are a bit off the beaten track but very enjoyable.  Happy reading!

Every summer we invite our portfolio company executives and their families along with friends of the firm to Kennebunkport, Maine for some fun and sun.  The event is all about having fun and community building – no conferences or panels allowed.  On Saturday night, we have a costume bash and in past years, people get really into it.

This year's theme was Saturday Night Live and my (very creative) partner David Aronoff produces a video each year to show at the party.  You can see this year's video here, with numerous guest stars and a brilliant "Mr. Bill raises VC money" skit:

David promises me this is the last year he'll make fun of me for writing a book.  I'm not holding my breath.  Here's a picture of the Flybridge team in full regala: 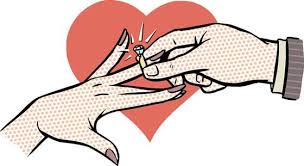