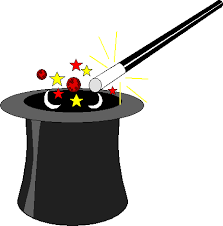 In 1998, Yom Kippur fell on September 30th. For most of the Jewish community, the date of the most important holiday of the year was no different than in other years. For me and my Jewish CEO boss, though, as officers of a public software company, September 30 was a tough day to be out of the office, sitting in synagogue atoning for a year full of sins. It was the last day of the third quarter of the year and we had more deals we needed to close to finish the quarter strong and report numbers to Wall Street that justified our high-flying profile as a recently public Internet commerce software company. By sundown September 29th, when we left the office for the onset of the holiday's traditions and presumably focused on higher order matters, we had not yet made the quarter. Going offline without knowing our fate resulted in one of the most miserable 24 hours in synagogue I can remember (and I am somone who usually enjoys being in synagogue!).

When my CEO and I got back online after sundown September 30th, it became evident that the final handful of deals that we needed to close to make the quarter had slipped out. A few weeks later, we "pre-announced" that we were going to miss the quarter – one of the worst speeches I ever remember being a part of.  Our stock naturally plummeted.

We were victims of a lot of problems, many of our own doing, and I can hardly blame Yom Kippur and the holiday's inopportune timing on our missing the quarter.  But many years later, I began to appreciate that one of our core flaws was our business model.

We priced our enterprise software in the form of a perpetual license.  As a result, the full revenue for each deal was recognized in that quarter as soon as the software was shipped.  This allowed our revenue to skyrocket from $1.8 million to $22.5 million in one year, the year we went public at a billion dollar valuation (ok, it was 1996; everyone went public in 1996 with a billion dollar valuation), and then $61 million the following year.  But the downside to our business model was that we did not have hardly any recurring revenue.

I later came to realize that recurring revenue is magic.

Here's why recurring revenue is so magical:

To be clear, recurring revenue models are not perfect.  It is harder to ramp to 10x year over year growth.  You do get plenty of lumpiness in bookings of new business, which translates into higher or slower growth rates over time, depending on performance.

But despite these downsides, it is clear to me why there is such magic in recurring revenue models.  It looks like Yom Kippur once again falls on the last day of the quarter in 2017.  With the majority of my portfolio companies having recurring revenue business models, I am not going to sweat it.