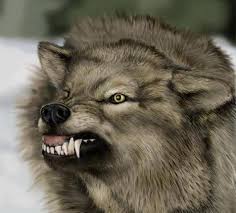 One of my favorite business school professors, Andre Perold, used to like to say that in every transaction in the financial markets, there are only two types of actors:  wolves and sheep.  As you might expect, the wolves have the edge in the encounter, due to superior market information or negotiating position.  If you find yourself in a market transaction and don’t know for sure that you are the wolf, then, sadly, you are the sheep.

Venture capital investors are historically accustomed to being the wolf.  During most periods, there has been a supply and demand imbalance that favors the VCs.  Entrepreneurs needed a lot of money, there were only a few VCs with money (it’s a shockingly small industry, with less than 500 or so active firms, according to the NVCA), and the VCs got to sit back and leverage their position of superior information and insight to choose their deals and drive favorable terms.

In recent years, this imbalance has been turned upside down.  Entrepreneurs need less capital – even life sciences and cleantech start-ups are applying lean start-up methodology to be more capital-efficient – and information about VC deals is more transparent than ever (15-20% of all VCs now have blogs and the amount of information publicly available about how the business works is easily 100x as compared to 10 years ago, when I was an entrepreneur raising VC money).  Thus, for particularly “hot” companies, when there is momentum and competition, the entrepreneurs have become the wolves, and the VCs find themselves donning sheep’s clothing.

As a result, many VCs – particularly bigger funds – are chasing “hot” deals aggressively, irrespective of price.  Facebook, LinkedIn, Groupon, Zynga, Twitter and many others are able to raise capital at extraordinary valuations.  For these investments to pay off, the investment thesis is based on a strong IPO in the future.  But the wrinkle in these momentum investments is that the currently weak IPO market is stretching out time to liquidity more than ever.  Thanks to their position as the wolf, founders (and angel investors) can often get liquidity from their late stage investors (particularly through Digital Sky Technologies – a Russian Bear in the transaction mix?).

But the VCs, and in turn their LPs, are left holding an illiquid bag.  One LP complained to me the other day:  “The founders get liquidity, the angels get liquidity, and the pressure to go IPO is taken off the shoulders of the board and management team.  All fine and dandy – but where’s my liquidity?!”  A little IRR math shows the price of this elongated time to liquidity – a 5x return in 5 years yields a 38% IRR.  If the VCs decide to allow founder liquidity and put off an IPO, they’re likely taking on an incremental 3-4 year holding period (most major shareholders don’t get liquid until 1-2 years after the IPO).  To achieve that same 38% IRR in 9 years, a 20x return is required!  If the founders take money off the table, they are incented to go for the bigger win and don’t mind taking the time to get there.  But the early-stage VCs might certainly have preferred a $250 million exit and immediate liquidity to waiting four more years for the billion dollar exit – and the same IRR.

Some VCs are well-positioned to chase the hot deals and patiently back the big winners.  Others are better off investing in capital-efficient businesses and taking the $100-200 million exits when they come along, even if it means selling their best companies too soon (“We are suffering from PME – pre-mature exit,” one micro-VC confided with me last week).

Which path is the right one?  And who has the edge in the market flow in the coming years?  No one knows for sure, and every situation is unique and must be evaluated as such.  But with so many options to choose from, those entrepreneurs I’ve been noticing with larger fangs seem to be smiling more than ever before.

12 thoughts on “Why Entrepreneurs Seem to Be Growing Fangs”