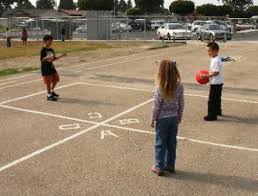 I had the pleasure of teaching a new case at HBS yesterday on foursquare that I co-authored with Professors Tom Eisenmann and Mikolaj Piskorski as part of Tom's new course "Launching Technology Ventures".  Foursquare executives Dennis Crowley, Naveen Selvadurai and Evan Cohen were kind enough to allow us to interview them in preparation for the case, which framed some of their current key strategic issues and looked back on the choices they made in the early days to draw pedagogical lessons of lean start-up best practices, building a platform business, network effects and running monetization experiments.

The foursquare team was consumed this week with SXSW preparations, but we were fortunate to have as class guests Charlie O'Donnell, who wrote the original blog post on foursquare that got many in the community excited about the company, and Andrew Parker, who was an associate at Union Square Ventures at the time of their Series A investment.

As I did with the class a few weeks ago when Fred Wilson visited, I asked the students to pull out their phones and tweet throughout the class.  You can see the rich "dialog behind the dialog" here, using the Twitter hash tag #hbsltv.  Here were some of the takeaways I had from the class discussion framed around three major questions I posed to the students:

1) Why did foursquare succeed as compared to the same founder (Dennis) in a similar venture (Dodgeball) in a different era and as compared to other teams pursuing LBS services in the same era?

The students concluded that the context around a venture matters tremendously – that smart phones, the explosion of apps and social networking all were important enablers that allowed foursquare to succeed at this particular moment in time.  At the same time, the foursquare team was incredibly skilled at applying lean start-up best practices, specifically:

2) What was the magic of the foursquare system that drove rapid adoption that so many other consumer Internet companies fail to achieve?

3) Once a company achieves product-market fit and starts to scale, how do their priorities, and burdens, shift?

The verdict?  I ended the class by polling the students – who would buy foursquare stock at a $200-250 million valuation (my very rough estimate of the current trading on the secondary market) and who would sell?  One third of the students were buyers at that price at the end of the class.  Two thirds were sellers.  One student pointed out in a tweet that the voters were unfairly negatively biased because only 10% of their classmates had even tried the application and, besides another tweeted, 3/4 of HBS students apparently wanted to sell Amazon short in 1998!  Another student tweeted that if there was even a 3% chance that the company could be a $10 billion company, it was worth buying at $200 million.  Now there's a future venture capitalist in the making!

Thanks again to the foursquare team for letting us write the case and adding to the HBS community's intellectual capital.

One thought on “Figuring Out FourSquare”