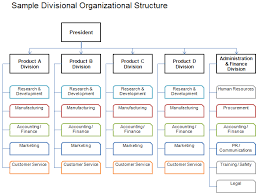 There has been a recent dialog around a theme I'll call "hacking the corporation" – creating novel approaches to building young companies, particularly when they are in their formative start-up stage and pre-product market fit.  One of them, reinventing board meetings (or, "Why Board Meetings Suck"), has gotten some attention from leading thinkers like Steve Blank and Brad Feld.

I'd like to submit another item to add to the "hacking the corporation" punchlist:  elimnating titles.

At business school, I learned all about titles and hierarchies and the importance of organizational structure.  When I joined my first start-up after graduation, e-commerce leader Open Market, I found the operating philosophy of the founder jarring – he declared no one would have titles in the first few years.  If you needed a title for external reasons, our founder told us, we should feel free to make one up.  But we would avoid using labels internally.  In other words, there would be no "vice president" or "director" or other such hierarchical denominations.

Why?  Because a start-up is so fluid, roles changes, responsibilities evolve, and reporting structures move around fluidly. Titles represent friction, pure and simple, and the one thing you want to reduce in a start-up is friction.  By avoiding titles, you avoid early employees getting fixated on their role, who they report to, and what their scope of responsibility is – all things that rapidly change in a company's first year or two.

For example, one of my first bosses in the company later became a peer, and then later still reported to me.  Our headcount went from 0 to 200 in two years.  Our revenue grew from 0 to $60m in 3 years.  We went public only two years after the company was founded.  We were moving way too fast to get slowed down by titles and rigid hierarchies.  Over the course of my five year tenure, I ran a range of departments – product management, marketing, business development, professional services – all amidst a very fluid environment.  Around the time that we went public, we matured in such a way that we began to settle into a more stable organizational structure and, yes, had formal titles.  But during those formative first few years, avoiding titles provided a more nimble organization.

So when I co-founded Upromise, I instituted a similar policy:  no titles.  We had an open office structure and functional teams, but a fluid organizational environment and rapid growth.  One of our young team members changed jobs four times in her first year.  Only after the first year, as we settled into a more stable organizational structure and I recruited senior executives who were more obviously going to serve as my direct reports on the executive team did I begin to give out titles (CTO, CMO, CFO, etc.).  With the title policy, there was some early tension and discomfort (one young MBA kept referring to himself as a VP externally, although he was clearly playing an individual contributor role and was soon layered).  Often, when you are running your start-up experiments, you are not even sure of the right profile for employees or organization structure for optimal execution.  But you can establish role and process clarity without having to depend on titles.

I haven't been able to institute this systematically in our portfolio, but whenever young start-ups are formed, it's one of the first things I counsel the founder.  Don't let your founding team and early hires get too attached to titles and hieararchy.  In fact, in that formative first year, see if you can avoid them altogether.

25 thoughts on “Why You Should Eliminate Titles at Start-ups”