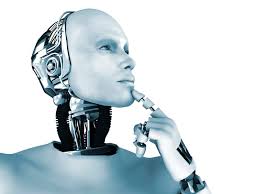 According to Webster’s Dictionary, the word “programmatic” was first used in the late 19th century.  Despite its long tenure in our lexicon, the word was an obscure one until recently.  If you aren’t familiar with it yet, if it hasn’t permeated your corner of the business universe, just wait.  Programmatic thinking might soon join the pantheon of 21st century buzz words, alongside big data and cloud.

The current industry being transformed by programmatic thinking is the advertising industry.  A few years ago, software entrepreneurs began to realize that as advertising started to go digital, there was an opportunity to apply algorithms to media buying decisions.  Instead of having a 27 year old neophyte designing your media plan over a three martini lunch, have the world’s most powerful machines do it for you “auto-magically”, leveraging all your best data – and streams of other’s best data – to inform the decisions.  And the best part?  The machines learn how to make better and better decisions with every purchase.

The speed with which programmatic advertising has taken over the industry has been breath-taking.  From nowhere a few years ago, $12 billion of advertising was purchased programmatically in 2013 and the forecast for 2017 is $33 billion (Magna Global report).  86% of advertising executives and 76% of brand marketers are using programmatic techniques to buy ads and 90% of them indicate they intend to increase their usage by half in the next 6 months (AOL survey).  Companies like AppNexus, DataXu (a Flybridge portfolio company), MediaMath, RocketFuel and Turn are among the leaders in the field.

The next industry to be transformed by programmatic thinking is financial services.  Decisions to underwrite loans have historically been based on a few simple data points such as the lender’s zip code, credit score and job history.  With the application of big data techniques and sophisticated machine learning algorithms, underwriting decisions are becoming programmatic.  For example, Flybridge portfolio company ZestFinance evaluates thousands of data points in credit applications (even trivial ones, such as whether the applicant uses capitalization properly) to make loan underwriting decisions programmatically.  Like other programmatic-based businesses, ZestFinance sees a powerful network effect:   the more data they inhale and the more decisions they make, the smarter their decisioning algorithms become.

Some might object that all this automation and machine learning designed to replace human judgment is going to be bad for society – making humans less relevant and eliminating jobs.  But in fact, many researchers believe the advent of machine learning will generate new kinds of jobs – where a hybrid of automation and common sense is applied.  MIT's David Autor presented a paper a few weeks ago that argued:

Many of the middle-skill jobs that persist in the future will combine routine technical tasks with the set of non-routine tasks in which workers hold comparative advantage — interpersonal interaction, flexibility, adaptability and problem-solving.”

So don't be afraid to put those programmtic glasses on.  I think they're pretty rose-colored.