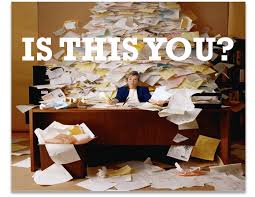 My father was a PhD in information theory and has a theorem named after him (the Bussgang Theorem), so I've always found this area of study interesting.  I would observe that the start-up universe is a particularly noisy world to operate in professionally – in other words, there's a very low signal to noise ratio.

The SXSW conference is emblematic of this issue.  I wasn't able to attend, but when I ask my colleagues who are there, the first thing they talk about is the overwhelming amount of noise, or sheer volume of new start-ups, that are being worked on by entrepreneurs.  Online media blog DigiDay mused that SXSW has gotten so noisy that no one can stand out any more.  We are living in the "NewCo Era", where the combination of the plummeting in the cost to experiment and the explosion of entrepreneurship and disrupting technologies is causing a proliferation of new companies to be formed.  Rather than wring our collective hands about the dire implications of this trend in the start-up world, I'd simply observe that from the perspective of the entrepreneur, it is getting harder and harder to rise above the noise.

So how do the best entrepreneurs cut through the clutter and distinguish themselves and their companies?  How can they grab the attention of customers, partners and investors in an era of overwhelming, defocusing flow?  Here are the top five behaviors I have observed in entrepreneurs who seem to be unaffected by the amount of static around them and are able to stand out amidst the noise:

The Economist had an article this week called "Slaves to the Smartphone" that bemoaned the "horrors of hyperconnectivity".  Similarly, being a slave to your inbox isn't going to help you build a great company.  So don't be afraid to ignore it.