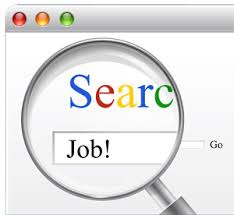 These last few weeks have been about as encouraging as any that I can remember when it comes to economic news.  The US economy seems to be, finally, recovering nicely from the Great Recession (The Economist tongue-in-cheek headline this weekend:  "Can It Be…The Recovery?").  The Europeans have finally (it seems) renegotiated the Greek debt crisis to bondholders satisfaction.  Although they have alot of work left to tax and cut their way out of the secular debt morass, there appears to be enough progress to buoy the stock market, with the S&P 500 reaching its highest level in four years.  And, finally, finally, finally, we saw overwhelming bipartisan support from the House of Representatives in support of a bill that will help small businesses raise capital, called the JOBS Act, which passed 390-23 last week and is now being debated in the Senate.  When is the last time the House passed a major economic bill with that large a majority?

I have written about the need for structural reform to small business fundraising in the past.  With the JOBS Act, we finally have two, much-needed major reform elements:  (1) an "onramp" to make it less onerous for young companies with revenue less than $1 billion to go public; and (2) an ability for companies to raise up to $2 million in capital by soliciting small investments from many individuals.  Both of these are very important mechansims to encourage more capital to flow into young, innovative companies.

The Senate appears to be stuck, though, and needs to hear from the business and start-up community.  NVCA Past Chair and head of the IPO Task Force, Kate Mitchell, has done incredible work to help craft a bill that takes a balanced view to the IPO crisis.  HBS Professor Bill Sahlman has written eloquently in support of the bill, in the face of criticism from the NY Times' and even Bloomberg View (who appears to support the bill with a few tweaks).

Here's the call to action:  sign this petition on AngelList and show your support for the bill.  Email your senators and underscore your support.  This is an important battle – one worth fighting.  If you want to reach out to Senator Kerry or others, the NVCA has set up a page here.