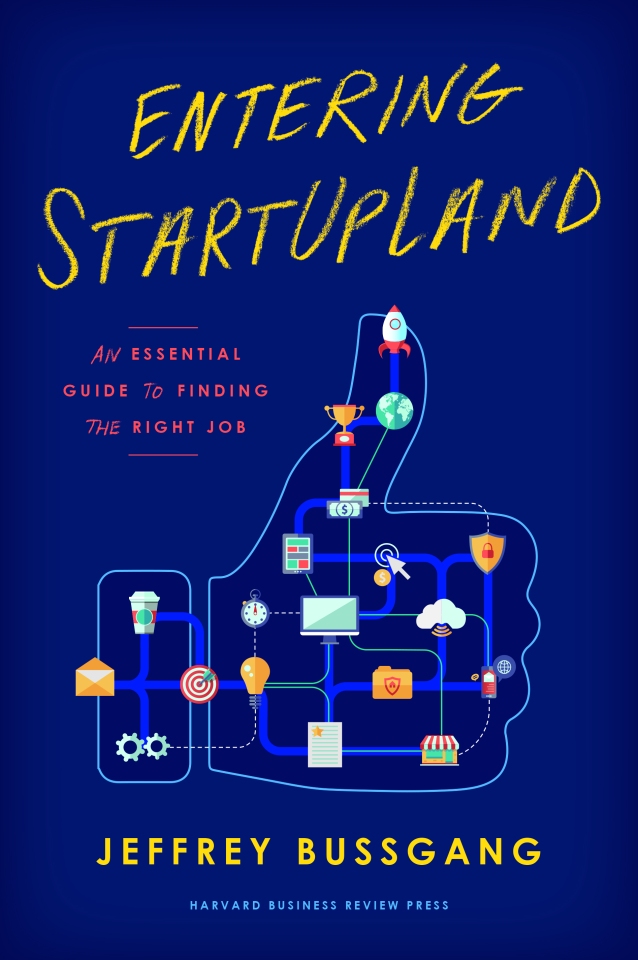 When Julisa Salas told me she wanted to join a startup, I was worried. Her background was not exactly typical for StartUpLand and I was concerned her search would end in disappointment.

Julisa had been a liberal arts major (English Language and Literature) who secured her first job out of college at a large investment bank before returning to school for her MBA. Capable, smart and personable, she was also the type of candidate that most startups shy away from — no technical background, zero startup experience, and a young woman of color trying to break into an industry dominated by white men.

A few months later, Julisa emailed me with great news: she had landed a job at one of the hottest startups in the country, a fast-growing restaurant technology platform called Toast that had just raised $30 million in financing and would later go on to raise another $100 million to fuel its rapid growth.

How did she do it?

In my work as a venture capitalist at Flybridge and professor at Harvard Business School, I have advised thousands of professionals, young and old, seeking jobs in StartUpLand. One of my observations is that “joiners” don’t get enough credit or recognition.

Founders receive all the accolades and attention, but it’s employees number 2 through 2000 that turn a great idea into a great business.

The problem is, startups can be hard to figure out. How can you tell whether a company has the potential for success and is the right fit for you? What are the best entry points?

For the last few years, I have been interviewing joiners to determine the patterns as to how they found their way into startups, selected the right startup for them, and figured out what are the jobs to be done. I wrote Entering StartUpLand to help deconstruct startups for joiners, providing them with a playbook to navigate their way in and be effective and successful when they get there.

That’s where Julisa comes in.

Julisa is a textbook case of an outsider finding her way into StartUpLand. The playbook she executed is precisely what I recommend others follow. Here’s what she did:

2. Arrange a warm introduction. Startups are full of people with large, vibrant social networks. Look for mutual connections, or friends of friends, who might put you in touch with the right people. Harness your digital footprint via LinkedIn, Facebook and Twitter as well as your offline network to prompt contacts to endorse you and find an “in” to your desired startups. Warm introductions trump a cold email every time.

The startup community is generally very generous with its time and has a strong “pay it forward” culture.

Julisa was able to use her network of professors, friends, and contacts to get her a foot in the door with a few startups that fit her target criteria. Once she earned that first meeting, though, the real magic was what happened next.

3. Come bearing gifts. When Julisa found out she had a meeting secured with one of the Toast executives, she immediately developed a plan of action to learn more about their business. Since their target customer was restaurants, Julisa grabbed a clipboard and pad of paper and walked up and down the street for a week, interviewing restaurant owners about their experience with point of sales systems. After interviewing owners from 50 restaurants, she distilled her notes into a few key observations and walked into the Toast interview armed with a rich set of feedback.

When the interviewer realized what she had done, her lack of technical skills or startup experience became irrelevant.The whole conversation shifted to her market insights and how Toast should react to them.

By the end of the meeting, the interviewer had invited her back later that afternoon to meet some additional Toast members. In the interim few hours, Julisa quickly put together a slide presentation distilling her research results and used it to frame the conversation. The Toast executive team was blown away and offered her a job a few weeks later. Today, Julisa is Director of Growth at Toast and well on her way to an amazing career in StartUpLand.

Make Julisa’s strategy work for you

Julisa’s story is evidence that you don’t need to be an engineer or a startup veteran to successfully navigate your way into StartUpLand. Choose wisely and find a warm introduction to get in the door.

But most of all, come bearing gifts of insight and intelligence and you are bound to get that dream job regardless of prior experience.

To learn more about pursuing your ideal job in StartUpLand, go to www.jeffbussgang.com

5 thoughts on “Getting Your First Startup Job”